Cheviot Stages Rally Report - Round 8 of the Mini Sport Cup 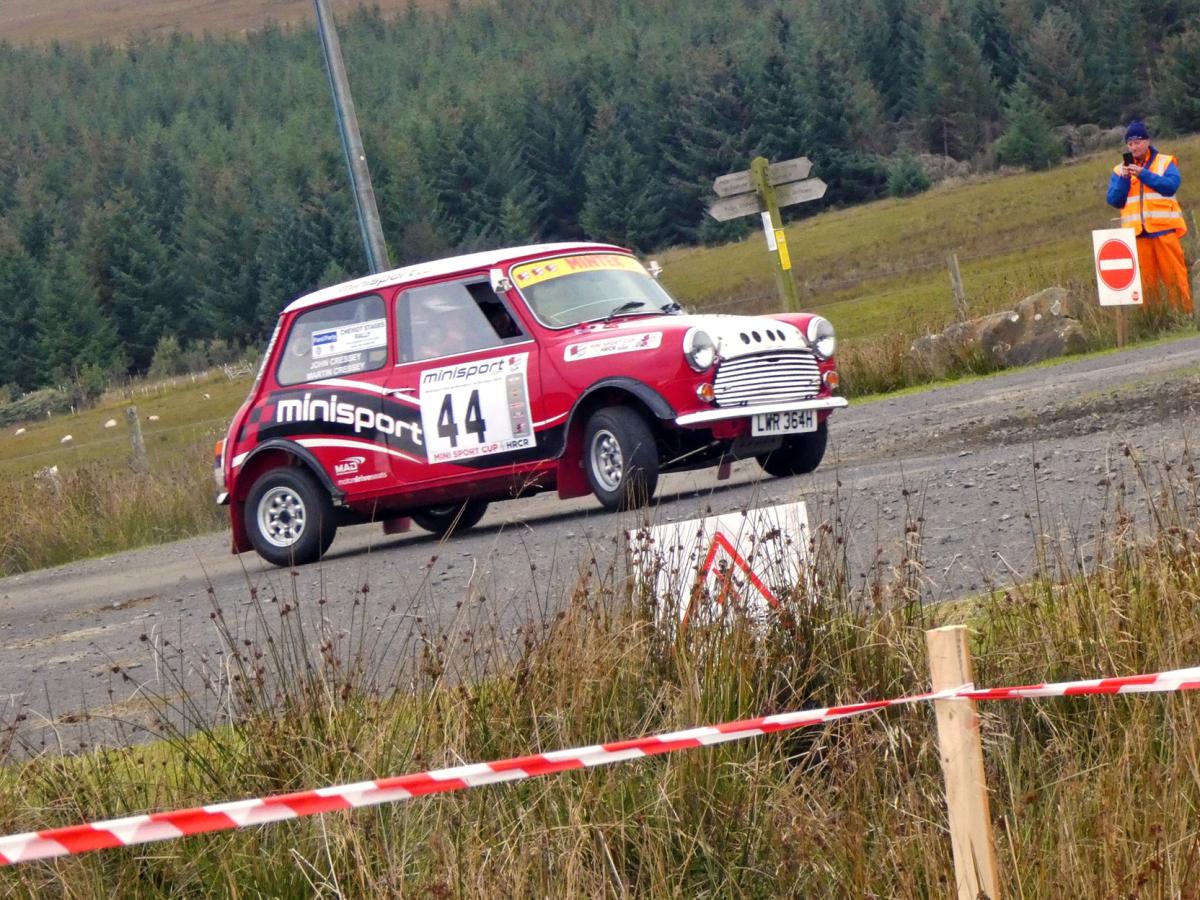 25th September saw the Mini Sport Cup head for the Otterburn ranges for the penultimate round. Eight Minis had entered but unfortunately, two of the crews had to withdraw due to damage sustained on the previous round in Belgium at the Tour of Flanders Rally.

So round 8 of the Mini Sport Cup saw that the event had changed from the normal format, where the organisers were not allowing any checking of the pace notes... This would mean every crew would need bravery pills to commit to the notes!

Some of the crews met up for a meal and several beers the evening before, friendly banter was in the air, which is what rallying should be about.

Leading the Minis away was the Mini Sport backed car of Clive King and Anton Bird, followed by father and son crew of John and Martin Cressey, in Mini Sport's own development Open Class Mini.

Current Championship leaders were next, Ryan Taylor and Lucy Wilding, who were hoping for their continued run of form.

The first loop of two stages Clive took a small lead from John, with Ryan close behind. Harvey had set a quick time to be leading the rest of the contenders.

The second loop saw John and Martin take three seconds out of Clive and Anton on the third stage, with the crew clawing time back on the fourth stage. This would be a battle that lasted all day!

Craig and Clare were suffering with the clutch adjustment, but luckily, with Peter Ellerby (past Mini Sport Cup competitor) on-hand to help out, they soon had it fixed.

The stages were exceptionally fast, with the little Minis reaching maximum revs in top gear for long periods. The brakes were being stretched to the limits as they then had to scrub all the speed off for the sharp bends.

Ryan was complaining that the gearbox was jumping out of gears, with Lucy having to hold the Mini in 2nd.

Craig then discovered that the wind screen wipers failed, just as the heavens opened restricting vision!

Suffering with inconsistent brakes, it was all hands on deck for John and Martin back in service to try and solve the problem before the next set of stages.

After a gruelling day, John and Martin bagged 1st Mini overall, and 1st Open Class Mini. Biting at their heels were Clive and Anton, finishing a mere 15 seconds behind, whose rapid times secured them 2nd Mini overall and 1st Historic Mini, also winning the Historic Class after taking time out of the leading BDA Escort!

Less than 2 minutes behind, were Ryan and Lucy who came in 3rd.

Harvey and Andrew had been enjoying the event, with only the adjustment of their clutch holding them back from a fantastic result, but still cinching 4th Mini. Craig and Clare unfortunately suffered with the gears, resulting in loosing time on the long straights, still coming in 5th Mini.

The sponsors prize draw gave two Yokohama tyres to Clive King, who apparently had luck on his side, as he also won the Penrite Oil, and the Questmead award for the best improvement on seeding! The Snap On prize courtesy of Andrew O'Hanlon went to Ryan Taylor. All prize draws were conducted by Lucy and Claire to ensure no cheating... Despite Clive clearing out!