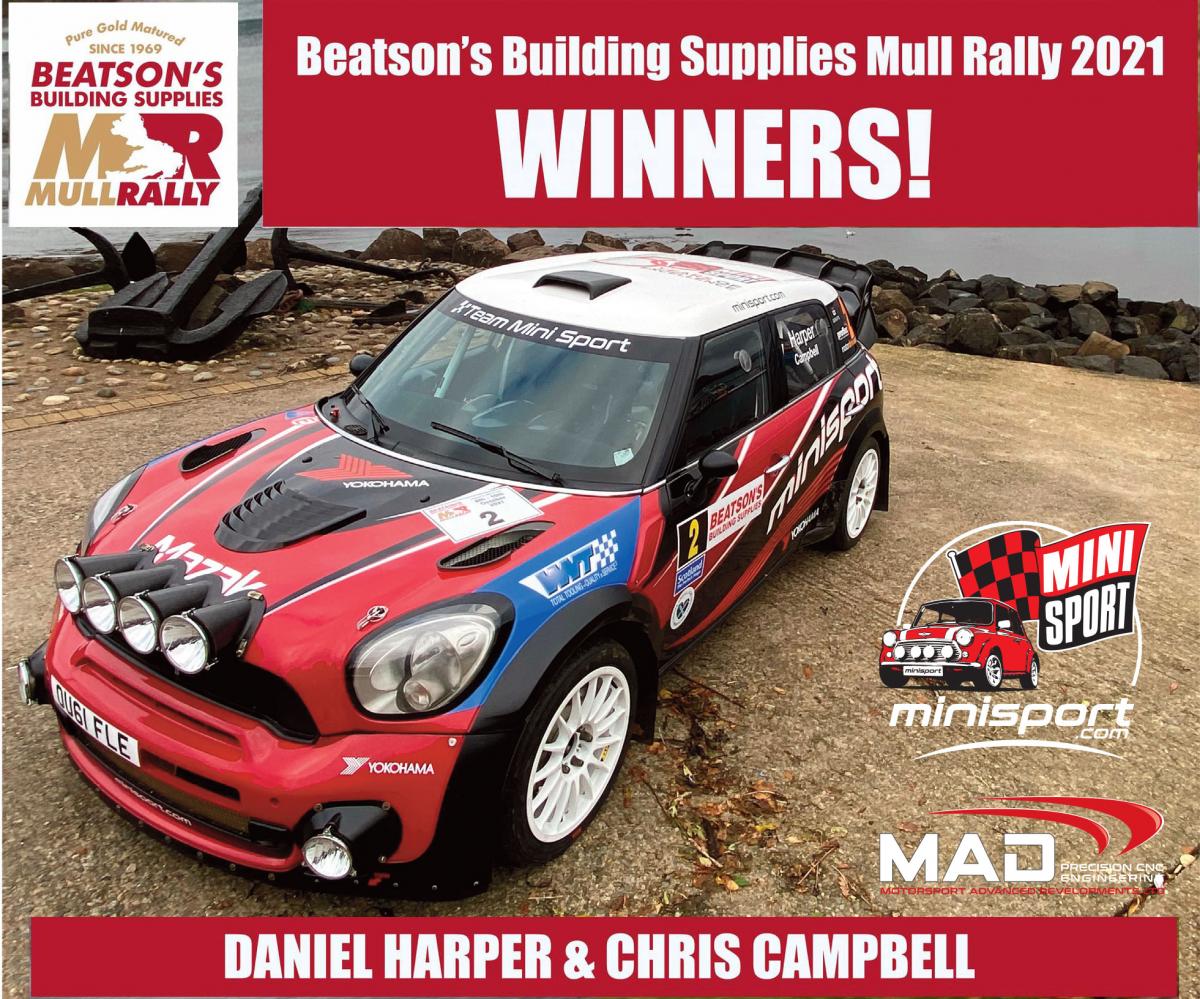 Daniel Harper secured a superb second victory on the Beatson’s Building Supplies Mull Rally, scooping top spot in this round of the British Rally Championship.

The Mini JCW WRC driver & co-driver Chris Campbell were delighted to top the podium, after a 19 year wait since their maiden 2002 win.  Daniel said: “It’s been a long wait for this second win, but I always, always wanted to win driving a Mini & I think that actually makes it better than the first one. I know this is a big one, but it’s still a Mini!”

“As always, this has been a fantastic event – but it’s been tricky. The weather’s never straightforward & we took a bit of a gamble on Saturday morning, taking a slick when we thought it would dry up a bit. That’s what this rally’s all about. It’s great to be back after missing last year [due to COVID-19] & we’ll be back next year.”Steeped in history, the iconic Mull Rally is widely regarded as one of the toughest tarmac events in the world.  “The best Rally in the world” or “The Rally of the Brave”, this small island off the west coast of Scotland is well known for its brutal stages & unforgiving schedule. Drivers from around the world take on the challenge of Mull every year, only a few have conquered the event’s 148 stage miles, many of which take place under the cover of darkness. For the first time in its history, the Mull Rally was a round of the British Rally Championship & the arrival of the nation’s finest & fastest drivers ready to do battle. So throw in a splash of Autumn rain, a dash of Scotch mist, & you have the perfect recipe for the challenge that is the Mull Rally.Some absolutely stunning drives throughout the field, the boys from the BRC showing they had real pace in them & the locals looking impressive as always, the battle was hard fought over every stage mile. 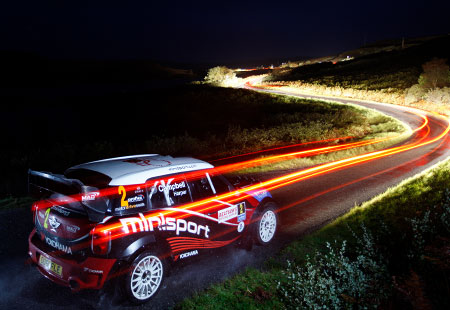 But it would be the 11th stage of the 17-test event that would shape the entire outlook of the weekend. Whilst leading the rally, & trying to hold off the pressure applied from the two cars of Harper & MacKinnon, John MacCrone suffered mechanical failure, blowing the turbo & ending his chances.

Paul MacKinnon, just a few corners from the end of the stage, ran wide on a right hander, clipping the banking & smashing rear wheel. This was duly changed at the end of the stage, but the event  was to be short lived, as somewhere in stage 12 the car stopped & would not restart.The resultant of this left Harper to open up an unassailable lead of over 3 minutes from Osian Pryce & David Bogie a further 2 minutes down the road.However, the Mini Man would battle weather conditions, wrong tyre choices & a dramatic spin in his Mini Sport, Yokohama-backed machine throughout the weekend, but managed to bring the car through the merciless stages to secure the memorable victory.

Hailed as one of the best Mini drivers in the world, either in the classic Mini Cooper S, R53 Mini Cooper S or the Mini JCW WRC.  The man from Lancashire, England, cements this position, as the only non-Muileach (island resident) to take victory in this challenging all-asphalt event in the last 24 years.A hugely popular victory, with congratulations flooding in from around the world, including a doff of the cap from the most famous Mini driver of them all, Paddy Hopkirk “Many congratulations to you both, on a cruise in the Mediterranean”.  Mini Royalty, Mike Cooper, sent wishes of “Good Luck”, Don Barrow “Great result, Great Teamwork”, plus from the nine times winner Calum Duffy, “Well done Daniel & Chris on an emphatic win on Mull Rally, totally deserved & it’s been coming for a while now.”As the dust settles & another Mull passes by, Calum Duffy sums up the weekend perfectly “Enjoy the beer whatever your outcome, sure it’s only a hobby but for one weekend in every year, nothing is more important to the Mull rally family!”The Beatson’s Building Supplies Mull Rally is, of course, more than just a motorsport event. It an annual pilgrimage for more than 300 volunteers including marshals, who give up their time to come here & allow this great event  to run – which simply couldn’t start without them. Thank you!Well done all, till next year...

Daniel & Chris want to say a massive thank you to their wonderful sponsors for all their support: 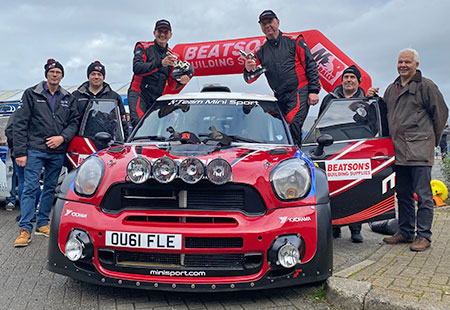 We would also like to extend our sincere thanks & gratitude to everyone on the Isle of Mull, the organisers, marshals & everyone who is involved in putting on the rally... It truly is one of the greatest events in the world!