Quality Parts for LESS... Unbeatable prices on all our products! Keeping motoring affordable.

This Is Why You’d Want To Own An Original Mini 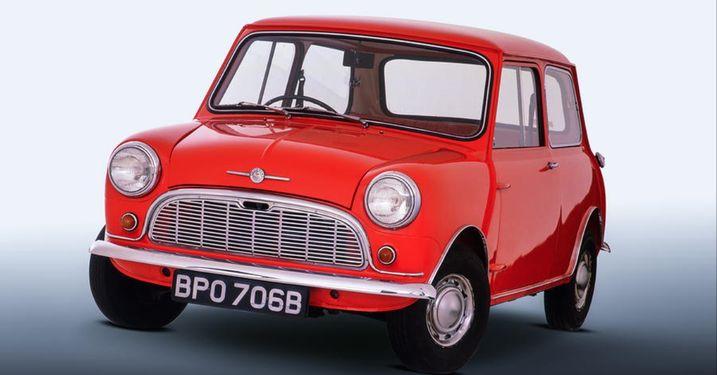 "In some ways it's surprising, but there is undoubtedly a market still for small cars. The only reason it is surprising is when we see the number of SUVs on the road now and just how big cars have been getting. Even some “small” cars have got rather big, which in itself is something quite astonishing. But some decades ago, small cars really were small cars. They were often small, cheap, and easy to run, affordable cars that the average family would be able to own, or that could potentially be someone’s first car.

One of the first cars to popularise the small car concept was the very first edition of the Mini, often referred to as the Morris Mini Minor, or the Austin Mini. The very first versions of the Mini appeared back in 1959, as a two-door compact city car that remained in this small and compact form right up until 2000, before being brought back as a much larger car later in the 21st century. The original Mini though became a cult icon in the UK and one of the most recognisable cars in the world, and even know it would be a joy to own one of these cars.

The Origins Of The Mini

The Mini can trace its origins right back to the 1956 Suez Crisis. That might sound odd, but the car was born out of the fuel shortage caused by the crisis, which saw the sales of German bubble cars rocket and when Fiat launched the 500 in 1957, a car that would also latterly be revived, that became an instant success especially in native Italy. Leonard Lord, the head of British Motor Corporation who would first build the Mini, apparently detested the Fiat 500 and the bubble cars, and vowed to create something that would be much, much better than them.

What originally was classified as the ADO15 soon became the Mini Mark I in 1959, and this first version of the Mini would be produced until 1967. It was powered by a range of four inline-four engines, ranging from 848cc to 1,275cc, and was marketed as the Morris Minor and the Austin Mini, both two brand names under the BMC umbrella. Whilst sales were initially slow, they started to grow as the 1960s wore on and soon entered popular culture in the UK, being publicised by film stars, music stars, and other celebrities, and even finding some use with the British police force. The Mini even found its way into North America, such was the car's outreach and popularity.

Further Evolutions Of The Mini

With the popularity of the car now well and truly rising, and the market clearly there, production of the original Mini would carry on until 2000. From 1967 to 1970 the Mark II was introduced, featuring a redesigned grille and larger rear window plus a few cosmetic changes. It’s small size made it an incredibly versatile car, able to park in difficult spaces and it was a cheap and easy to run car for the average British family.

The Mini would evolve from the Mark II right up until the final edition, the Mark VII, which was produced from 1996 to 2000. Other than modern safety refinements, and a few cosmetic changes, not much had changed from the original Mark I. Even the engine remained almost identical, an inline-four that at its peak produced 1,275cc worth of power. The car had continued to be a cult icon and still ever popular even as larger cars became the norm. Incredibly, the Mini outlived its replacement, the Metro, by two and a half years. The Mini also spawned spin-off versions such as the Morris Mini Traveller and Mini Countryman, and even a Mini pickup that has now become quite a rarity.

The Motorsport Success Of The Mini

It seems astonishing, but the Mini actually became a highly successful rally car and touring car. The Cooper S won the Monte Carlo Rally in 1964, 1965, and 1967 thanks to its small size and superb handling, meaning it could navigate the tight and twisty roads of Monte Carlo with ease. In rallycross, the little car again made a name for itself but one of the most impressive sights was that of a Mini taking on the likes of Ford Galaxy’s and Lotus Elan’s in touring car races, and watching the American giants pull away down the straights only for the Mini’s to reel them in through the corners. In historic racing in the UK, this is still an amazing spectacle to this day.

A Lasting Legacy For Small Cars

The Mini's name was revived by BMW in the early 2000s, but the new MINI Cooper and its spin-off variants certainly don't have the same style or charisma that the original did. Plus, it has become a much more bloated version of the car it is trying to be. The original was the one that really popularised the small car concept, taking a motor vehicle to the masses in a post-war Britain and becoming such an icon that even now, people see one and know exactly what it is. They were never fast, they were never lavishly equipped, and their size could be a disadvantage on occasion. But the Classic Mini was a truly special car and one that rightfully deserves its place in history as one of the most iconic automobiles ever created."