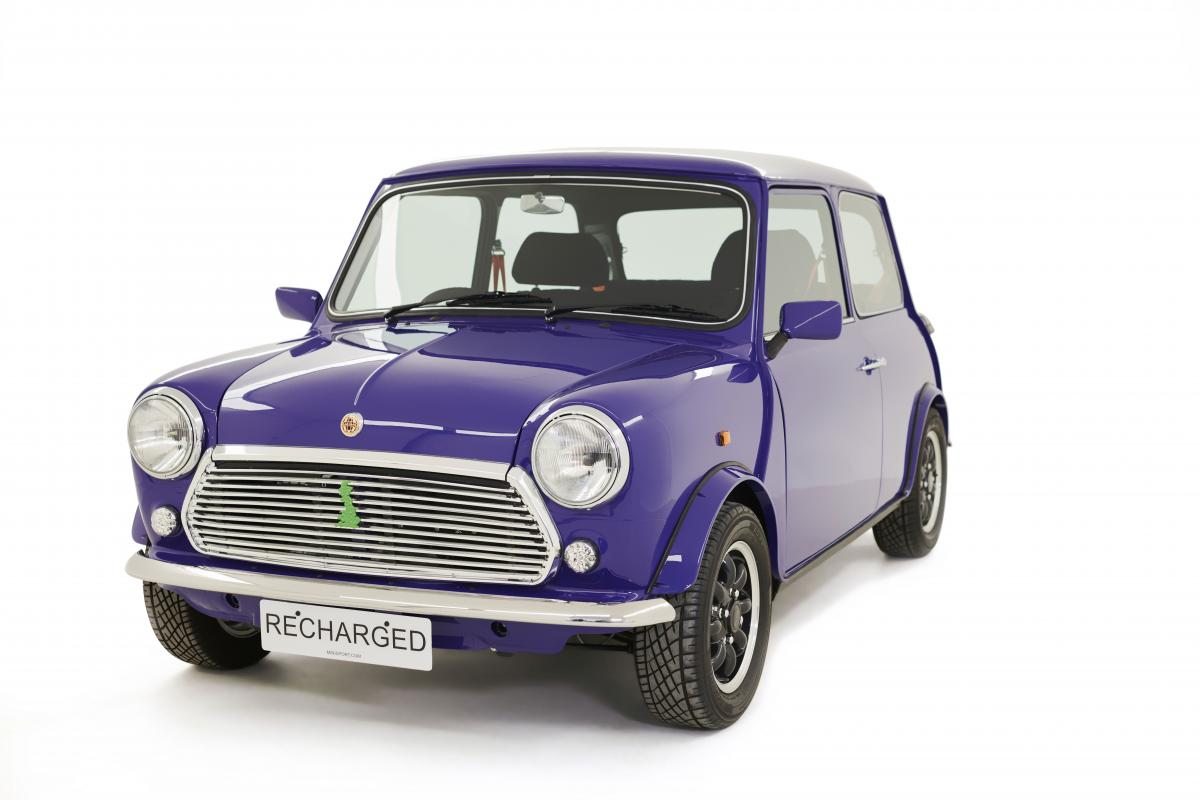 The British designer converts a classic Mini from the 1998 MINI Paul Smith Edition and reinvents the classic in the process. The customised car is part of the MINI Recharged project, which celebrates the fusion of tradition with pioneering technology, by installing an electric motor in the original model. In June 2022, this unique car from the iconic designer will celebrate its world premiere at the Salone del Mobile 2022 in Milan.

Munich/Milan. Upcycling of the highest order: a legendary classic is transformed into a newly designed and modernised electric car for emission-free driving. Sir Paul Smith, long familiar to fans of the iconic British brand that has been in business of over 50 years, is the creative mind behind this collaboration. The presentation of this sustainable project at the Salone Del Mobile 2022 in Milan provided a fitting stage for Sir Paul Smith and Oliver Heilmer, Head of MINI Design, to discuss sustainable approaches to automotive design. 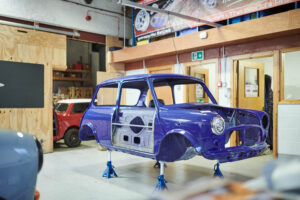 "This car also respects the past,” Smith adds. With this one-off, Paul Smith is revisiting an even older project that has linked him to MINI for over 20 years: in 1998 he created the MINI Paul Smith Edition, limited to 1,800 vehicles. The prototype of this unique edition was painted a bright blue based on a swatch taken from one of Paul Smith’s favourite shirts. The new unique model retains this unmistakable, memorable shade of colour, while the lime green battery box recalls a 1990s colour palette. Despite the redesign, however, the original ethos of the car remains.

The project is also about respecting heritage and timeless design – in particular, the iconic work of Sir Alec Issigonis, creator of the first Mini. "When you move into your old aunt's flat, out of respect you don't change everything, but you do some modernising," is how Smith puts it. Sir Alec Issigonis developed the classic Mini in response to the oil crisis of 1959. Minimum fuel consumption, maximum use of space – that was the idea that convinced millions of people over many decades to invest in a Mini, and is still partly responsible for the success of MINI today. 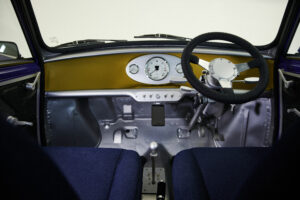 The radically reduced and sustainable concept of the MINI Strip continues in the interior of the newly designed car. By deliberately leaving out trim parts, the bodyshell with its bare, unclad floor pan dominates the interior, with rustic floor mats made of recycled rubber on top. In addition to innovative, resource-saving materials, Paul Smith's design leaves out entire instruments in other places: a magnet next to the steering wheel accommodates the smartphone, which, apart from the speedometer, replaces almost all the old buttons and functions on the dashboard. The steering wheel in his exclusive model can be completely removed to facilitate getting in and out of the car – both an innovative solution as well as a tongue-in-cheek quip symbolic of Paul Smith’s trademark wit. 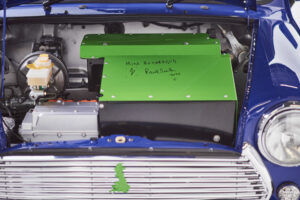 We are excited to be part of Recharged Heritage Limited and MINI Recharged. For more details visit: https://rechargedheritage.co.uk/