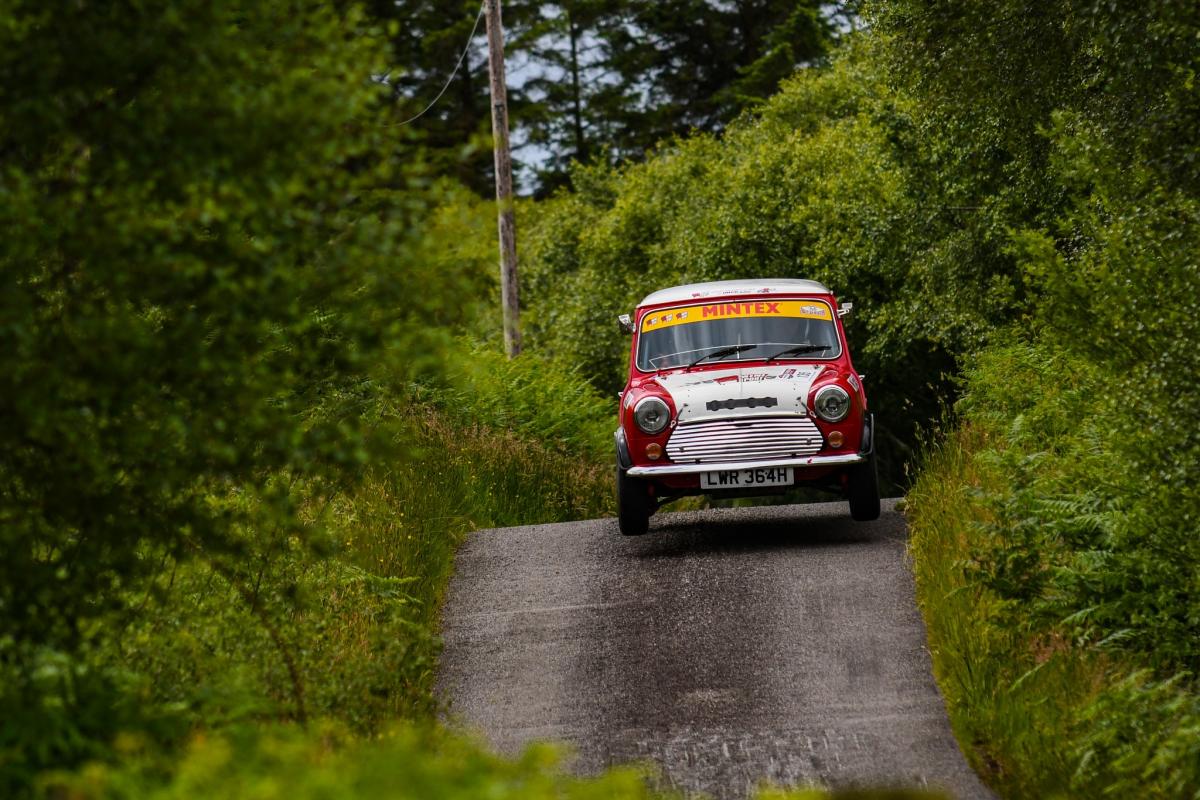 Organised by Mull Car Club, the 'Dunoon Presents Argyll Rally' is a closed-road asphalt stage event held in Dunoon in Argyll and Bute. Made up of 13 stages on the closed public roads, with 4 stages on the Friday Night, and 9 stages on the Saturday.

The 4th round of the Mini Sport Cup had crews travel to Dunoon in bonny Scotland. This was also a round of the British and Scottish championships and had a quality field of 142 cars! 8 Mini crews had entered, but sadly two had to withdraw prior to the start, so 6 Minis started the event.

Seeded top of the Minis were Clive King and Anton Bird, followed one place behind by John and Martin Cressey, for their first time out this year.

Newcomers to the Championship Kenny Watt and Fraser Mccurdie in their smart Cat 2 Mini, who were followed by current leaders Ryan Taylor and Lucy Wilding.

Craig King had Russell Joseph in the co-drivers seat and they were followed by Andrew Jarman and Adrian Lloyd who were making their first appearance this year.

The rally started Friday evening with 2 town centre Stages, plus 2 stages on the demanding roads in the area. As the Minis were due to start, the heavens opened making the stages very slippy!

John Cressey in the Mini Sport Open Class car took the fastest times, before we moved to the 3rd Stage and the 1st one on the demanding lanes. The rain continued to get heavier which made the conditions difficult, also hindered by losing light as night fell. 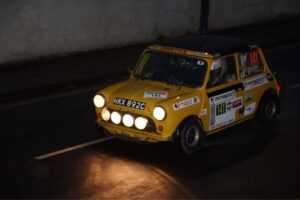 Craig King had a nightmare start when off the start line the front bumper became loose, he then dragged this around until it finally became detached and he drove over it!

The final stage of the 1st night had to be cancelled as several cars had gone off, sadly this stage also saw Daniel Harper in the Mini Sport JWC WRC stopped with the fuel pump failed.

Saturday started wet with John and Martin in the lead, and Ryan 1 second in front of Clive.

Kenny was 1 second in front of Craig with Andy just behind, 8 stages were in store for the crews over the whole day. 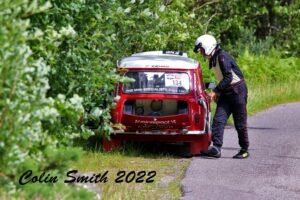 1st stage John took 5 seconds out of Clive who was 13 quicker than Ryan. With Craig managing to pull in front of Kenny.

This continued until the 3rd stage of the day when Clive and Anton were flying but took a jump and landed heavily, this broke the rotor arm.

Ryan and Lucy jumped through to lead the historic cars after Clive picked up a maximum time of 9.41 where Ryan completed the stage in 7. 21.

Next to hit problems were Kenny and Fraser, they were pushing through the stage and got caught out and rolled, this caused the stage to be stopped. 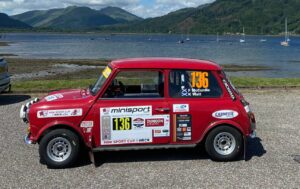 Both crew members were luckily unhurt, but the Mini will need a lot of work to get it ready for some of the later rounds.

The next stage of 3.33 miles passed without problems, so it was back to service for crews to check the cars over.

The last loop of stages were a repeat of the morning, John continued to set the pace followed by Clive , Ryan, Craig and Andy.

Craig started to complain that the car was not handling very well but there was no time to look at it, so he just backed off a little.

Ryan and Lucy finished 2nd and top historic winning Cat 3 Class. Clive and Anton had continued to set top times through the

Craig finished with the car ill handling and discovered that the top damper mount had broken, also he had lost the carburettor springs, but had pressed on to win Cat 2 Class. 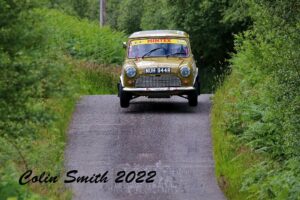 Andy and Adrian finished with big smiles on their faces.

At the finish John had finished top Mini in the Mini Sport Open Class. John added, "the cancelled Stage on Friday night effected all the Minis as we were all running at the back, it meant that we all received a notional time, probably at least 1 minute longer than we could have done in the Stage! Saturday we got off to a great start & settled in nicely... Up to Stage 6 when we dropped on to 3 Cylinders! Couldn't find the misfire, so we did S7 on just the 3 & we were still fastest Mini! Eventually on the next road section we found the misfire - just a lead out of the distributor. After that we managed to consolidate our lead over the 3 Minis to take 1st o/a!"

It had been a difficult rally but very rewarding, it has to go down as one of the best rallies we have ever done!

With only a week till the next round, looks like a lot of evenings are going to be spent in the garage for many of the crews... 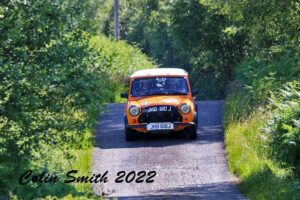 prize to Kenny Watt. The Questmead award for the improvement on seeding goes to Clive King.