Podium Finish at the Rally of the Tests 2022 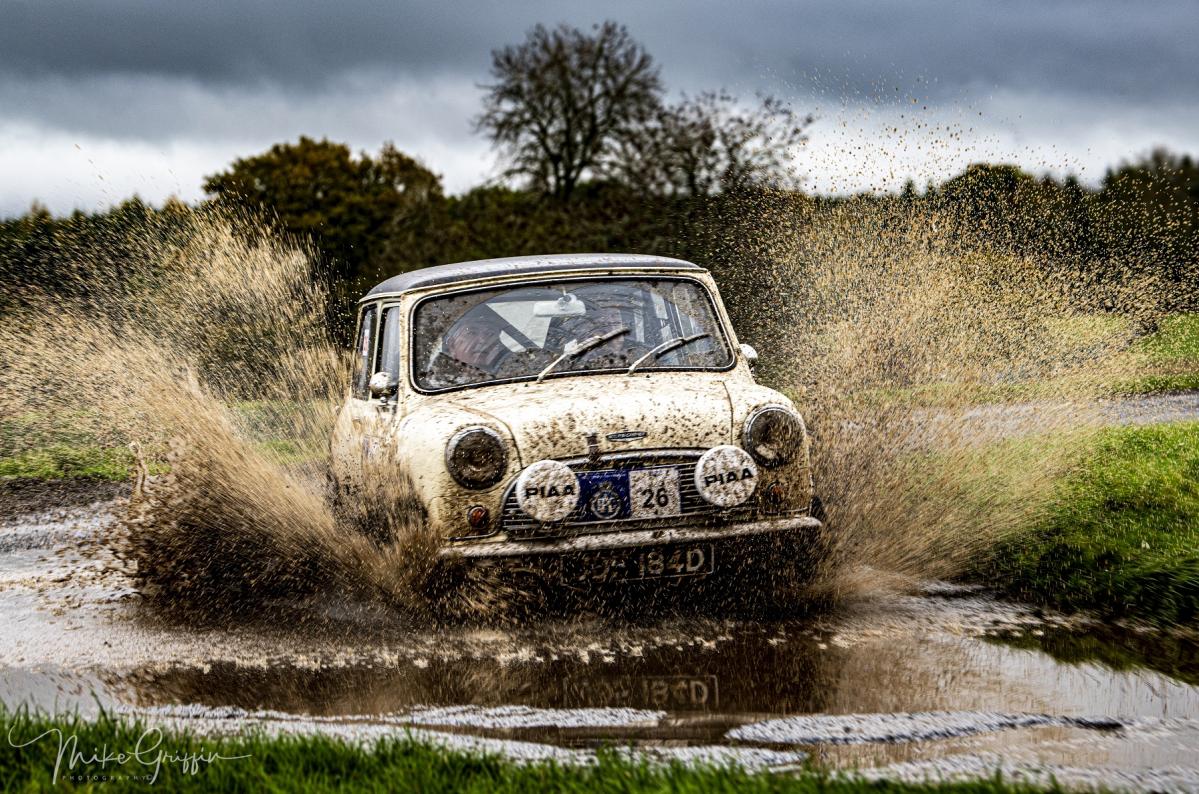 The most gruelling event on the annual calendar. The ultimate test of crew and Mini.

After finding a rusty Austin Mini Coopers S with a blown engine and gearbox; the connecting rod had gone through the block and gear casing, Crosby decided this was the car to build his dream rally Mini, so in August 2020 he made the purchase.

Complete with a history of rallying for more than 25 years, this Mini had seen better days and required a complete restoration to stand any chance of bringing this classic back to competition.  Fellow rally driver and previous winner of The Rally Of The Tests, Steve Entwistle, introduced Paul to Chris Harper at Mini Sport Ltd. This invaluable introduction opened the door for Paul to take advantage of the guidance and support offered over the 2 years it took to restore. Building a competitive rally car takes experience and knowledge that can only be gained over many years of competing at the highest level, Mini Sport have this as part of their DNA.

Back in its original colour of Old English White with a black roof, the build was nearing completion but required a ‘Works’ type Cooper S wiring loom, ready for the June 2022 first road test. No easy task, as these components are not available off the shelf, so once again Paul turned to Mini Sport and their wiring loom wizards. Adding the complications of modern safety equipment and special lighting, a bespoke wiring loom was quickly built to the exact specifications Paul required, allowing this car to finally hit the stages.

Their first shake-down event, the Hero Challenge 3 at Chichester in October 2022, was mostly a trouble-free run, but as with any new car there will always be some minor issues to resolve. With the second shake-down event at Dansport Historic in November quickly approaching, a few tweaks of the Cooper S were completed meaning team were prepared and raring to go. “The Mini ran perfectly with no issues” a delighted Paul commented after completing the event.

Next came the RAC Rally of the Tests, the event the Mini Cooper S had been built for, a gruelling 750 miles that tests both crew and machine.

Starting from Blackpool, the event began with a 3 hour 'prologue' section which determined the running order for the next day. The Mini Cooper S’ formidable performance and the skills of driver Paul with co-driver Ali awarded them the starting position of 9th.

As the team raced onto Stoke, Friday saw 5 minutes of excess penalties which plunged them down to 18th place. Following this long tough day, Saturday took in some of the most challenging venues in East Wales, with the crew completed great runs throughout the day and into all the night sections.  This saw Paul and Ali climb back up the leader board to an impressive 4th place overall.

The Sunday stint from Swansea to Torquay showed no let-up in action or rain! The infamous 'Worthy Farm' which is part of the Glastonbury venue, was a sea of mud and water. Managing to survive without drowning, the Mini suffered a puncture on the left front. With the end in sight and heading towards finish, the mechanics worked in biblical conditions, to quickly change the wheel and get them back on the road.

With this incredible run, Paul and Ali finished in an impressive 3rd place, a well-earned Podium position on the Mini’s first big event.

“Apart from the puncture we had absolutely no mechanical problems! A testament to Mini Sport quality parts and fastidious assembly!” Paul Crosby